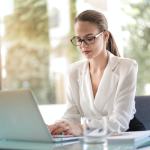 The post What You Need to Become a Successful Entrepreneur appeared first on NotSalmon.

So you want to become a happy and successful entrepreneur. You have an amazing business idea and you’re ready to take the plunge into the world of small business ownership. But before you quit your day job and start working […]

The post What You Need to Become a Successful Entrepreneur appeared first on NotSalmon.

I have had the privilege of working with women who have realised that much of their financial stress and sense of lack stemmed from childhood. For a long time, they carried an emotional money wound. While they tried to put their pain aside, they found out that their wounds continued to bleed; such that there was an adverse impact on their financial well-being.

These women had tried to “will” their stress away but met with limited success; that is, until we started to work together. Well, I would like to share the stories of how each of them worked on healing their money patterns. To protect their privacy, I have used pen names for them.

No matter how much effort she put in, Annie couldn’t seem to break through her glass income ceiling for her business. She’s constantly having money worries and that she’d never have enough. While we were working together, Annie experienced an “aha” moment. She suddenly realised how her unconscious limit in earnings came about.

Her dad had struggled to make a living when she was young. Unfortunately, Annie internalised some of the messages he had shared with her about his money troubles. During our session, she “saw” the amount that was written on the cheques he had been banking in from his job. To her surprise, it was the same amount that she has been earning for a long time from her business.

Annie worked on letting go of her glass ceiling. She gave herself the permission to make more than her dad. Annie no longer limits herself on what she can earn. As a result of her inner work, she has been generating income breakthroughs ever since. Annie found herself attracting bigger and bigger deals for her business.

Belinda’s mum would constantly criticise her when she was young. Even though Belinda was born into a well-to-do family, her mum would make it seem that she did not deserve any of it. Her mum forbade her from playing from her friends and piled her with tasks and helping out in the family business. As a result, she spent all her time studying and working.

Today, as an adult, Belinda has been struggling with believing that she is deserving of love and money and also, worthy of receiving. None of her money-making ideas has taken off. She often felt guilty if she did not help out in her family business and would prioritise the needs of others before hers.

Belinda worked on healing some of her money wounds, and changing her beliefs to affirming that she is deserving. Her confidence improved tremendously, as a result. She has also given herself the permission to feel safe about taking a break and changing how she views work. Belinda has also learnt to prioritise self-love and care.

Chelsea has a mum who used to demand money from her ever since she started work at 14 years old. At one stage, she had to juggle 3 part-time jobs, so that she can help supplement her family’s income. Even then, her mum would constantly undermining her confidence. Unable to concentrate, her school grades suffered badly.

As soon as Chelsea reached adulthood, she moved out from home to get away from the toxic environment. However, due to her poor grades, she had to start work from the bottom. Life was hard but she managed to persevere.

Still, Chelsea was aware that she could do with much less struggle. It’s how she ended up with doing inner work to heal her deep money wounds. She has come a long way in gaining a greater sense of financial well-being.

Money Healing Story #4: Overcoming the Fear and Anxiety of Not Having Enough

Daisy had found her insecurities with money to be debilitating. When she was young, her parents had to rely on government handouts. Her parents just could not take up financial responsibility and were not able to manage their expenses properly. They had constant fights about money and Daisy lived in persistent fear of not having enough to survive throughout her childhood.

Even though the circumstances today had changed tremendously for Daisy, she continued to live in the constant worry that she will not have enough. She had been fearful that her money would run out and would pick fights with her husband.

Through our sessions, Daisy worked on calming her nervous system so that she can find safety and calm. Also, she worked on tapping into her worthiness. She is now on the way to levelling up her business from “just getting by” and holding space for more clients.

Hope the stories inspire you to make a shift in your financial well-being.

Need some healing work to be done?

If your issues stem from the past, look into healing your money wounds.  In fact, the quicker you stop the emotional bleeding, the better it is. You are investing in your financial well-being that compounds from now on.

To find out more about working together, apply for a discovery call with me.

1. How Kay Cleared Her Money Blocks

2. How Amy Overcame Her Money Struggles

3. The Limiting Money Blocks that Nellie Cleared for Client Attraction

The post 4 Money Healing Stories: Letting Go of the Past appeared first on Abundance Coach for Women in Business | Evelyn Lim.

Get enough sleep for mental and physical health! Most people like to think that they are conscientious when it comes to their health. They try to eat right, to sleep right, and to exercise when they can. However, it is a fact of life that when we are stressed and burned out, it can be…

END_OF_DOCUMENT_TOKEN_TO_BE_REPLACED

The post Five Ways That You May Be Affecting Your Brain Health Without Realizing It first appeared on Self Help Daily. 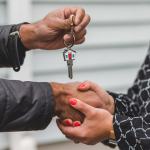 The post Researching On Your First Investment in Property appeared first on NotSalmon.

You’ve probably heard that buying property is one of the smartest investments you can make.  And it’s true – if you do good researching on this first investment property you hope to get! This blog post will give you a […]

The post Researching On Your First Investment in Property appeared first on NotSalmon.

Your friend is in a pretty dark place, and you want to help.  But what can you do to make a difference? Everyone goes through tough times, and offering support to a someone you love is a scientifically-proven way to help them with their mental health struggles.  Words of encouragement for a friend can make …

Source: https://www.pacaso.com/ Shortly after the pandemic hit, I began a category on the self help blog geared entirely toward making your home a place that feels like a safe haven – the sort of place you don’t want to leave and one you can’t wait to return to. While this is obviously an extraordinary mindset…

END_OF_DOCUMENT_TOKEN_TO_BE_REPLACED

The post Create a Zen Room in Your Home (Perfect for Creating a Home Sweet Haven) first appeared on Self Help Daily.